PSG, Galtier and the char à voile. What are the lessons to be learned?

What should we think about the controversy surrounding PSG’s air travel?
How can it concern us as managers in our companies? And what does it reveal about our WORLDS? How can we manage these situations in our professional contexts? How can we create a positive dynamic in a situation with contradictory injunctions?

First lesson: humour alone does not work!
As far as I could understand the sequence:
1. Alain Krakovitch, head of Voyages SNCF (TGV), promotes his transport offer by inviting PSG to go to Nantes by TGV instead of by plane (clever ;),
2. Journalists ask Christophe Galtier a question and he answers with a bit of humour: “Why not go in a sand yacht” (you should have thought of that…),
3. Then reactions and condemnations snowball from social networks, politicians and journalists,
4. Until Galtier was forced to make amends a few days later,
5. And the consequence for all of them is that they will never again risk a joke on this subject.

Let’s analyse how the tectonics of the Worlds© are set up. What role should humour play here?
That of answering by the absurd to invite the audience to reflect on the subject: yes, why does PSG prefer to take the plane and not the train or the bus?
If we think about it for a few minutes, we can all come up with a host of good reasons: cumulative delays of sportsmen and women under permanent pressure to recover, security at the station and on the train, hyper-mediatised stars with all the risks involved, etc.
Let’s take it to the extreme: why did the 1998 French team go from Clairefontaine to the Stade de France by private bus and not by public transport?
In short, the debate could be closed with the conclusion that PSG should ask itself the question to optimise its energy consumption as soon as possible in its specific field of constraints.
But it doesn’t work like that at all, because a Civic & Opinion World is getting underway
This association between Civic – the search for the common good – and Opinion – the mastery of the message, image and communication channels – becomes dangerous if it obscures the other Worlds, in particular the Industrial World – how the system works – and the Merchant World – how to act pragmatically to win.
This is precisely what happens: this Civic-Opinion duo constitutes a kind of dictatorship that prevents any “rational” argument on these Industrial and Merchant registers, because any attempt is disqualified as opposing the Civic purpose on which everyone agrees. 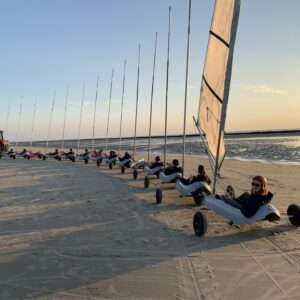 We are subjected to this mechanism almost every day in our companies.
I will take an example from P-VAL on a recruitment issue. We are in the process of recruiting a 45 year old woman who needs to find a job after having managed her husband and children for many years and who brings her desire and her maturity to a position which requires an iron fist in a velvet jacket.
We shared the subject and received an objection from employees: “This is not CSR, you should have taken on a young student on work experience”.
The debate was rich: we dissected the Civic, Merchant and Industrial registers of the decision to arrive together at the soundness of the initial choice (of the interest of having common WORLD tools to deal with subjects so full of personal representations).
But imagine if the debate had found its way onto social networks, taken up by more or less well-intentioned public figures?

So what should we do in the face of such situations, which can quickly get out of hand?
To be concrete, I propose a communication strategy:
1. Synchronise with the other World on the Civic aim: the aim is to defuse the virulence of the blocking by the Civic – Opinion couple to open the reasoning,
2. Argue on the operational registers of Merchant and Industry: this is the great difficulty, because the World of Opinion must give you room. It is still possible to do this in the heat of the moment during the interview with the journalists.
3. Converge towards an acceptable solution, even if it means making positive adjustments to the initial choice,
4. Ask the World of Inspiration for a final humour that allows everyone to step back and leave the debate positively and lightly.

Applying this to the PSG it could be :
1. Yes, we are asking ourselves about our energy consumption in all areas, including the transport of our first team,
2. We have specific constraints in terms of the sequence of competitions and physical and psychological recovery,
3. We have hyper-mediatised players whose every outing presents a risk, and therefore issues of security, privatisation of spaces, ….
4. After analysis, the plane remains the most suitable means of transport over this type of distance, if shorter we take the bus,
5. To show you that we think of everything, we have even explored the possibility of sand yachting 😉

What do you think about it?
This is easy when cold and very difficult when hot. That’s why we offer training and practice for “Communicating to get people to act on complex situations”.
Interested? Contact Gabrielle de Lachapelle by email: : gabrielle.delachapelle@pval.com

PS: the picture is not the PSG on their way to Nantes, but the P-VAL team in a seminar towards a well-deserved rest after a frantic race on the beaches, tacking close to the waves! 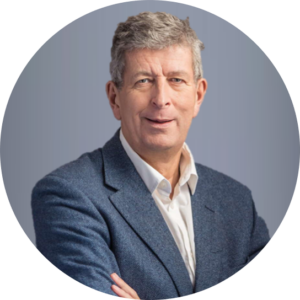 “The old world is dying, the new world is slow in appearing, and in this half-light the monsters appear”
Making your merger a success Building your World of Performance
Créez votre Monde de Coopération pour booster votre performance
World of Cooperation The Stellantis-Amazon partnership: a win-win agreement?
World of Cooperation: how to move from a horizontal market approach to a vertical chain?
Is everyone standing up for your Strategic Plan? The Danone case
Borrower’s insurance: the paving stone in the pond of Crédit Mutuel
General Mills x Yoplait: the lessons of a failed merger
Publicis invites all its collaborators to work remotely from anywhere in the world 6 weeks a year
Toxic culture and resignation: a correlation highlighted by MIT
Create
Transform
Anchor
Decipher
Meet